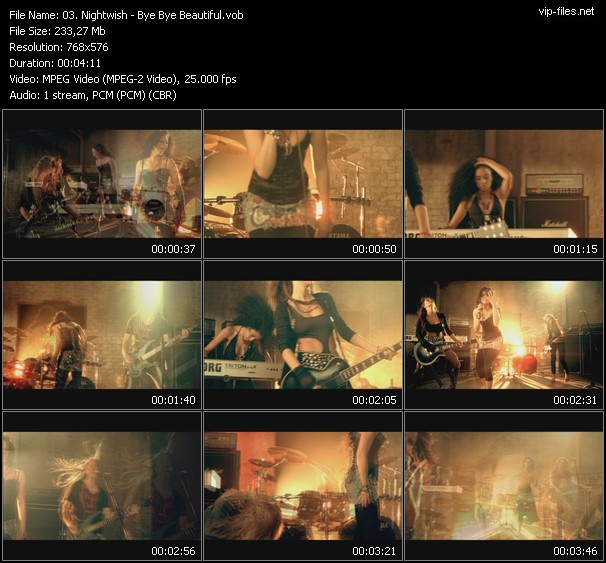 Nightwish video Over The Hills And Far Away