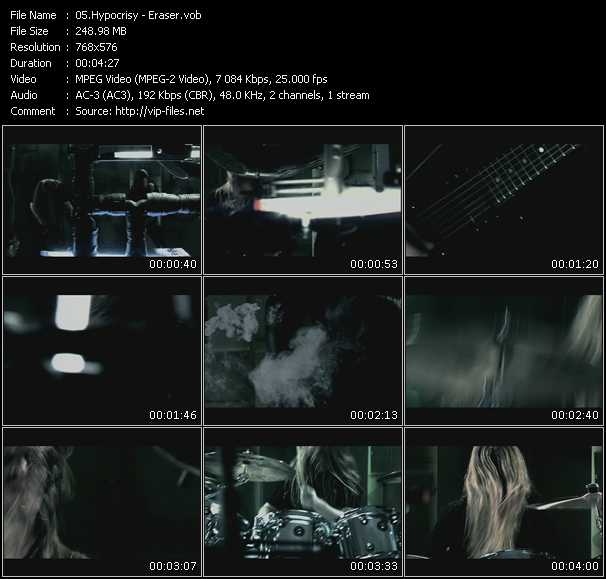 Hypocrisy, one of the most successful Swedish death metal bands of all time, was formed in 1991 out of the ashes of Peter Tägtgren's solo project Seditious. He had previously visited Florida and was inspired by the rich death metal scene that was beginning to form over there. Before leaving for Sweden again he made a promise to Phil Fasciana (Malevolent Creation) that when he returned to the US he would have with him a brutal death metal band and a record contract. Back in Sweden he focused all his energy on writing material for his soon to be band. He recorded all the songs himself but since he was not very happy with the vocals and the fact that he could not play live on his own he found Masse Broberg (ex-Votary) to handle the vocals and Mikael Hedlund to do the bass playing. They recorded a second demo which led to a long-term deal with Nuclear Blast. Soon guitarist Jonas Österberg and drummer Lars Szöke were also added to the band, both of whom had been playing with a band called Epitaph in the US. Hypocrisy played their first ever live gig on June 6th, 1992. With the release of their debut album "Penetralia" in October 1992 a long and prosperous (not moneywise of course...) career began.